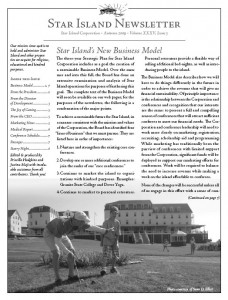 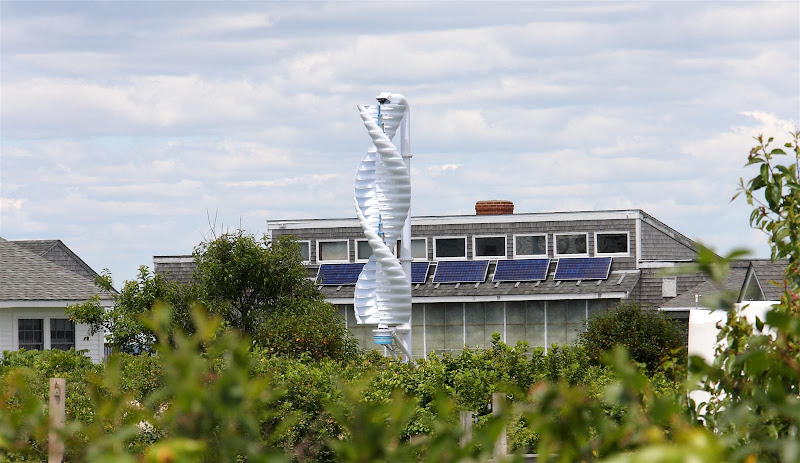 Star Island’s facilities are featured in the Granite Viewpoint blog.

Read the article from a local paper about Pelican Josh Blake’s triathalon fundraiser.

Hurricane Bill at the Isles of Shoals

For a terrific slide show of Star Island, see Sofia Piel’s photographs taken during recent Conference on the Arts.

Our thanks to Sofia Piel for sending us the link.

Shannon Roecklein, Star Island Assistant Conference Center Director, had the unique pleasure of leading a guided tour of the island for Senators Judd Gregg, Trent Lott, and Lamar Alexander and their wives on Saturday, June 20. The group was brought to the island by Sue Reynolds aboard her boat, the Uncle Oscar, and by all reports the trip was a great pleasure for everyone.

“Senator and Mrs. Gregg often go to the Isles of Shoals, and have done so for many years, to visit the various UNH marine initiatives, Celia Thaxter’s Garden, and to support the White Island Lighthouse for which they helped to secure over $250,000 for restoration efforts. Last month, the Greggs enjoyed the opportunity to bring Senator and Mrs. Trent Lott and Senator and Mrs. Lamar Alexander to Star Island, and especially appreciated touring the Island which is such an important landmark and historic area in New Hampshire,” stated Laena Fallon, Press Secretary to Senator Gregg.

Members of the Board of Trustees met with the esteemed visitors and were happy to see that Senator Gregg came back to Star Island (we all do come back) and that he brought such a distinguished group of friends.

Some came to escape the chaos of their lives on the mainland.

Others came to tour the rocky island they haven’t seen since they were young.”

Check out the full article.

It all began on a beautiful June day in 2006 when Emmy Award-winning producer Andrea Melville visited Star Island with her family. That day, she rediscovered the magic of the Shoals and had the idea of producing a television documentary.

She learned there had never been a television program featuring the complete history of the Isles of Shoals. With an extensive program outline in hand, she began writing grants to fund her one–hour documentary, An Island Kingdom. Books were read, historians were found and the first grant was awarded; taping began in May 2007. Since then, more than twenty hours of interviews, historic photographs and beautiful views of the Shoals have been taped—with more to go!

An Island Kingdom includes important historic events dating from 1614. The program features interviews with historians familiar with the history, culture and characters of the Isles of Shoals, historic photographs, film, drawings and paintings. Music spanning four centuries is featured, composed by seacoast musicians. Actors reading letters and poetry written by residents and guests of the Shoals enhances the program while an actor portraying Nathaniel Hawthorne, who visited Appledore House Hotel in 1852, becomes the “host” of An Island Kingdom.

Many current, on-going projects that highlight present-day restoration and conservation efforts that sustain the history of these islands and strengthen their importance off the New England coast are also be featured.

An Island Kingdom has received generous support from the New Hampshire State Council on the Arts and the New Hampshire Humanities Council. This project is a sponsored project of Fractured Atlas, a nonprofit arts service organization that will receive donations in behalf of An Island Kingdom. Copies are available for purchase in the Oceanic Hotel gift shop on Star Island. 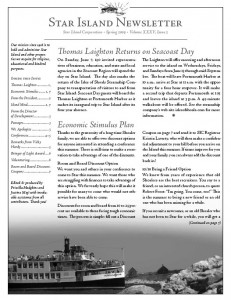 Beginning this June the Thomas Laighton, sailing out of Portsmouth, will provide ferry service to Star Island three days a week. The Isles of Shoals Steamship Company will offer passage mornings and afternoons on Wednesdays, Fridays and Sundays from mid-June through mid-September.