Writers in the Round is a retreat for poets and/or song writers to generate new work, create connections, and share evolving poems and lyrics in a supportive community. A guest poet and a guest songwriter will lead workshops on craft and provide prompts to foster new work over the weekend. In addition to creating new work, we have opportunities to share it with evening readings and round robins. Our goal is to meet all writers where they are and help them deepen and widen their creative spheres. 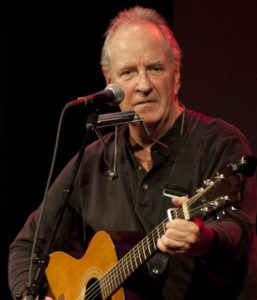 Cormac McCarthy, has been described as a distinctive songwriter, a deft guitarist, and a lyricist with elegance, wit, and insight. (Not to be confused with the novelist,) McCarthy’s literary background has informed his work and infused his lyrics with intelligence and grace.

As a teacher, Cormac is inspirational and entertaining, drawing from his experience in editing, composing, and decision-making. He includes history, scaffolding, speculation in his classes and is applauded for the rapport he cultivates. 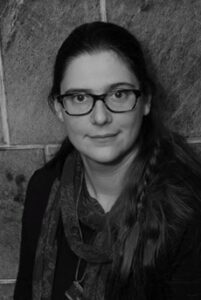 Julia Bouwsma, Maine’s sixth poet laureate, lives off-the-grid in the mountains of western Maine, where she is a poet, farmer, freelance editor, critic, and small-town librarian. She is the author of two poetry collections: Midden (Fordham University Press, 2018) and Work by Bloodlight (Cider Press Review, 2017). She is the recipient of the 2018 Maine Literary Award; the 2016-17 Poets Out Loud Prize, selected by Afaa Michael Weaver; and the 2015 Cider Press Review Book Award, selected by Linda Pastan. Her poems and book reviews can be found in Grist, Poetry Northwest, RHINO, River Styx, and other journals. A former Managing Editor for Alice James Books, Bouwsma currently serves as Book Review Editor for Connotation Press: An Online Artifact and as Library Director for Webster Library in Kingfield, Maine. She also teaches at the University of Maine at Farmington.