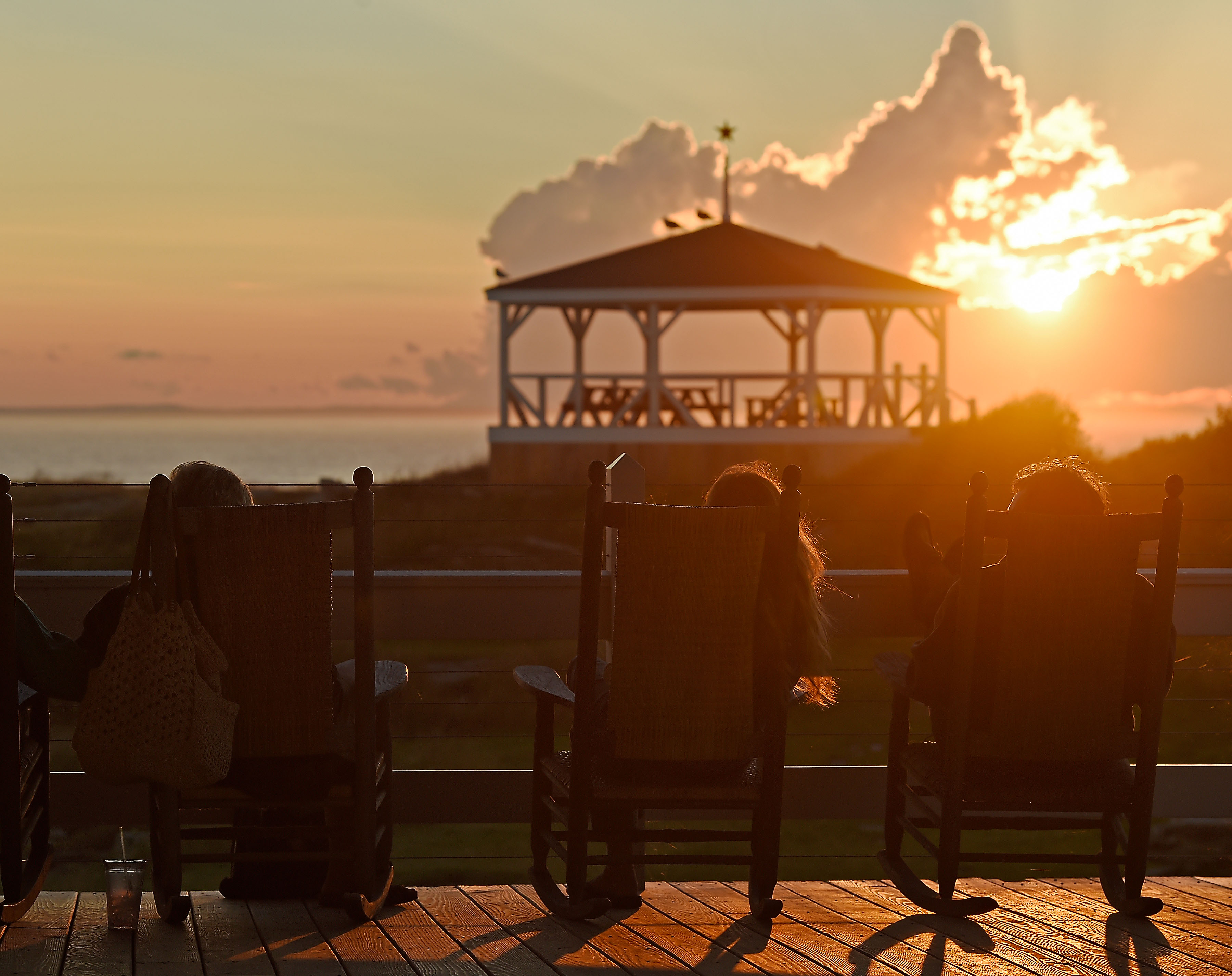 What Does Star Island Mean to You?

Star Island brings meaning to many lives. For some, it’s the freedom the island gives to the young and the young at heart. Or, the connection to community and the precious memories. For others, it’s about self-care. We were delighted and moved to read about the enriching experiences the following Shoalers have had on Star Island!

We hope you’ll share your Star Story with us, too, by sending an e-mail to ambassadors@starisland.org. You just might see it pop up in our next newsletter or social media post! Stories about Star are a great way to spread the word about our Spirit’s Home, share what Star Island has to offer, and help grow our island community.

Star Island is more than a place, more than my hundreds of memories, more than the friendships I have made. Star Island is, in a sense, a feeling. When I think back on my experiences at Star Island, there is a warmth that grows within me. I feel the sun on my face during a nap on the front lawn. I feel the sense of calm that enveloped me as I looked out at the ocean and listened to the fog horn as I drifted off to sleep. I feel the butterflies and excitement of getting ready for pelican parties. I feel the connection to my mother, who was a Pelican before I was, and grandmother – a Pelican in the 1950s – whom I never met but know is with me when I’m on the island. I feel a sense of belonging, as if I’ve found my home and “my people.” There is something amazing about Star Island that brings out the best qualities in people, that creates a feeling of inner joy, and that allows you to develop relationships within days that feel as if they’ve lasted years. There is something magical about this island, something spiritual, something I’ve experienced nowhere else in the world. So while I have hundreds of memories of Star Island that bring me great joy, what’s more powerful to me are the many feelings that these memories evoke and awaken within me.

How has Star changed my life? Quite simply, it has made me who I am in so many ways. It has made me a scientist and an appreciator of nature. I fell in love (more than once!) but most importantly with my husband of almost 49 years. Star is an important part of my spirituality. It helped me decide that although I am an atheist, I am a spiritual person. When I first saw the man who became my husband I thought he was kind of goofy, but then he was 13 and I was 12. The next time we were 16 and 17 and I thought he was very attractive. I remember he was playing ping pong in the back of Newton Centre. When he said his name I remembered him. During the week we were senior teens together and discovered we had a lot in common as we worked together and with the other teens on a chapel service and a talent show number. We ended the week as friends, deciding to stay in touch during the year. We accidentally on purpose ended up at the same college where we finally grew close. We were married in the chapel in a candlelight service during All Star I on June 28th, 1970. My favorite memory of Star is watching the surf on East Rock during a storm – something I wouldn’t dream of doing now, nor would it be permitted.

Star Island has not changed my life. Star Island is so inextricably a part of my life that it is impossible to say when I first was aware of it. There is a stretch of water between Portsmouth and Gosport Harbor that is deeply familiar to all old Shoalers. I am one of a select group of people who first made that crossing in reverse and in utero. So in a way I can say I am from Star Island. Having been aware of that fact since I was a teen, it has made me appreciate all of my island experiences even more. I have friendships going back more than 60 years that are still as fresh and strong as ever. Even if we see each other no more than once or twice a year, we pick up just where we left off the last time. For those who are pondering coming to Star for the first time, I say think about the long term, not just about a week this summer. Think about how it might affect you for the next decades. Think about what it might mean to your children and your grandchildren. It could be the greatest gift you could ever give yourself and your family.

I return every year because of the many friends through the conference of course, but also for the peacefulness and beauty surrounding everything. I feel stress lessen as I first get on the boat, then more as we get closer to the Isles, and stepping off the boat I feel a sense of peace and now I can slow down. This happens every time I go, no matter how many times each year! Star Island is a powerful, unspoken pull to be so strongly in touch with land and sea. I think of the Green Gosport Initiative throughout the year as I check my trash at home for recycling. I am connected with taking care of the land and sea so much more because of how much is done on the island – solar array, recycling, new treatment facility… The best connection and love for Star Island is what I see in my youngest son and his circle of friends. He was 12 years old the first summer we attended. The first evening he wanted to go home, did not know anyone, hated it… By noon Sunday, after the first morning of programming and meeting his class and leaders, we met on the porch near the bell. He said “Mom, you have to promise we come back here every year.” After high school graduation, he no longer attends, but the group of friends still meets at least a couple of times every year!

Star Island has been in my life for over 60 years. I first went to Star as the child of a Pelican. My mother worked there for two summers before she died. I returned in college as a Pelican and then as the mother of a Pelican. A full circle… I was on the island as a child during Hurricane Carol. I watched the waves go over White Island Lighthouse, collapse the summer house, and destroy the back porch. But it didn’t destroy the island. The magic of the island is that it remains the same – at least on the surface. The hotel, the chapel, the cottages look the same over the years. Star is the one constant in my life, when everything else changes, disappears, ages… Star remains essentially the same. It brackets my life from childhood to old age. It is part of my past, present, and future.

Star Island has been part of my life since I can remember. I didn’t originally choose to attend, that was my parents’ doing but I choose now to return year after year. As a young child, Star meant freedom and fun. As a teenager, it meant a place to feel safe and loved. As a Pelican, Star meant a memorable, fulfilling and creative job. Now, I combine those meanings into a unique home for my spirit that defines my present, past, and future. I recently came to the realization that I came back to my own self on Star Island. I can look back and see defining moments during my time working on Star when I worked through significant parts of myself that led me to who I am today. Not all of my memories are positive, but through the environment that Star Island provides, I turn those experiences into personal growth. I find I am stretched to be my best self with the influence of Star, on and off island. I hope we can continue to make that environment and community available for generations to come.

[Star Island] changed my life in a number of ways, from the Pels I got to work with and the community we lived in together, the way I learned to make do with what we had on island and ultimately meeting my wife (the manager’s daughter) and having a Pelican wedding in the chapel. One of my best memories on Star was living alone as caretaker in the 1970s. It taught me a lot about how to work safely, how to plan projects, how to do things by myself without another’s help, how to live for weeks or months without seeing or talking with someone else – a lot of fun as long as you have your wits about you and are not easily spooked by noises or people who mysteriously show up on the island. I come back to the Pel Reunion every year, just to be back and see old friends.

Life time of experiences in the Chapel
perfect holding space, perfect Holy Space
its simplicity, the deep windows affording cozy seating
on the sills
Each window opening to a beautiful view.

The chapel changed my life because it has always welcomed my true self, our true selves. It holds us in loving, precious community.
I, who was ignored or berated in other parts of my life, was lifted up in the Chapel from the time I was a young child. How? Because at family conferences, from toddlerhood on you participate in offering worship services, and those gathered radiate love for you. It was a place to play in quietly as a kid, for heart to heart talks as a teen. As a teenager, I participated in the teen candlelight service where each teen had a chance to say what Star meant to them. I was amazed that the Chapel was full of people who have come to hear us. When it was my turn, I spoke fervently from my heart. About half way through, I noticed several adults had started to weep. I spoke what my heart had to say and it was true and right and moving. I had been taught to believe I was nothing, yet the love in the Chapel was palpable. That moment taught me of an important power and worth I had not known I had. I continued to pursue more and more leadership roles at Star in my young adult years, receiving more and more affirmation. Ultimately it led me to become a UU minister.

I survived the attack on the World Trade Center on 9/11/2001. The following summer (2002) at All Star I I was asked to share my experience. I felt such love, warmth and support in the group that I started to better understand and acknowledge my feelings of loss, love for the lost, and gratitude for surviving. I had loved Star Island from my first sight of it in 1995 from the Laighton. The experiences of community, love and support deeply affected me and my family in dealing with tragedy. It made me want to “come back” as much as I could and contribute back.

I burst into tears when I saw my daughter cheer us on to the island in 2016, her first year as a Pelican. We’d attended since she was 7, and it had quickly become her young life’s goal to Pel. Seeing her, her goal fulfilled, looking radiantly happy and gloriously healthy there on the pier with her precious Pel pals, will always be one of my happiest memories.