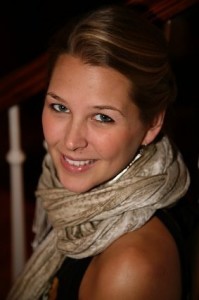 Casey Frazer Hill Mercer died unexpectedly at the age of 28 on June 16, 2011 of injuries sustained in a single car accident on June 9, 2011 that occurred in Phippsburg, Maine. Casey married Tim Mercer, the love of her life, on August 22, 2009.

Casey was born in Providence, Rhode Island on June 21, 1982. She attended Fiske elementary school, and the Diamond and Clarke Middle Schools in Lexington. Casey attended Phillips Academy in Andover, Massachusetts where she was the recipient of the Lorant Fellowship, which honored the student who characterized “The Most Earnest Endeavor”. This award allowed her to spend the summer after her junior year studying and exploring art, architecture and culture in Barcelona, Spain. After graduating from Phillips Academy, she continued her education at Commonwealth Honors College at the University of Massachusetts in Amherst, where she graduated Summa Cum Laude, and was inducted into the Phi Beta Kappa Honor society. Casey studied Spanish and Linguistics, and spent a semester in Chile perfecting her language skills.

After college, Casey explored a variety of career options, working as a paralegal in Boston, as an international travel consultant for NETC in Cambridge, and a public relations associate for Nike Communications in New York City. Casey found her true calling three years ago when she accepted a teaching position at the Hyde School in Bath, Maine. Casey was teaching Spanish and coaching cross country running, swimming and diving. In her last year at Hyde, Casey was the Head of the Foreign Language program and head of house in a girl’s dormitory at the school. She was to start a new teaching position at the Kent School in Connecticut this fall, again teaching Spanish, coaching sports and living in a dorm.

Casey was athletic and, following a family tradition begun by her father, ran the Marine Corps Marathon with her uncle, Roger Trudeau, in 2006. She was a varsity diver at Phillips Academy and also played field hockey and softball. Casey was learning to play golf, and Tim noted that she had a natural swing. Casey enjoyed painting, photography and all forms of visual artwork. Last summer she sang with the band Maybe Utah at a variety of venues in Maine. She had previously sung in a cappella groups and in a gospel choir. She was learning to play the keyboard and had recently started an Etsy business selling her artwork. While she was often hesitant to divulge this talent, as a child, she had been an accomplished magician.

Casey adored her three pet bunnies, and her beloved dog Jeffrey. Jeffrey was a rescue puppy and Casey and followed the adventures of his litter mates and had recently attended a birthday party for the dogs. She and Tim loved living in Maine, and often took short trips to various bed and breakfast establishments throughout the state.

Casey is survived by her husband, Tim Mercer of Bath, Maine; her parents, Roger Hill and Mary Trudeau Hill of Lexington, and her adoring siblings, Caroline, Jehanne, Julia, and Anders Hill of Lexington. She is survived by her maternal grandparents, Thomas and Carolyn Frazer, of Cranston, Rhode Island and Jane and Tom Griffiths of Lexington, Massachusetts. Casey was beloved of her aunts, uncles and cousins as well as her students, friends and loving in-laws. Casey is predeceased by her mother, Lynn Frazer Hill, her maternal uncle, Thomas Frazer, and her paternal grandparents, Irma and Eino Hill.

A memorial service in honor of Casey’s life will be held at the First Parish Unitarian Universalist Church in Lexington on Saturday, June 25, 2011 at 2:00 pm. The service will be a celebration of Casey’s life and loves, and we encourage everyone to wear the bright colors that were so characteristic of Casey.

In lieu of flowers, donations may be made in memory of Casey to Gary’s House in Portland, Maine. Gary’s House offers lodging, and care, for the families of patients at the Maine Medical Center and Mercy Hospital while they attend to loved ones.