Star Island, one of the Isles of Shoals, is the featured host location for WMUR Channel 9’s New Hampshire Chronicle episodes airing during the week of August 4 through 8.

During each half-hour episode of NH Chronicle that week, the hosts will broadcast from one of several locations on Star Island including the Oceanic Hotel front porch, the Rutledge Marine Lab, and the Gosport Chapel.

Star Island will also be the focus of a special segment during the Tuesday, August 5 episode. This piece will feature island staff and guests including CEO Joe Watts, Facilities Director & Island Manager Jack Farrell, and Program & Outreach Coordinator Kyle Belmont.

A link will be provided shortly for a video of the Star Island segment.

We hope you can tune in all week to see the summer island you love.

Scenes from the television shoot: 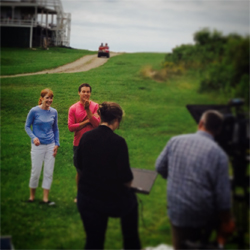 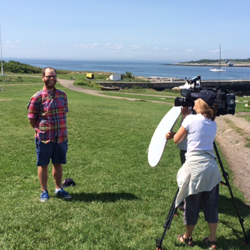 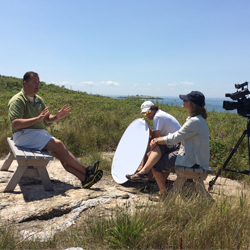