Sail racing history opened a new chapter with the revival of the Gosport Regatta seven years ago. When racers and spectators gather for this year’s event, they will be part of helping write additional pages in the modern history of the event. The Regatta certainly had a colorful start in July of 1874, when it was organized by John Poor, President of the Stickney & Poor Spice Trading Co., to celebrate the grand opening of his Star Island Oceanic Hotel. It attracted more than 50 boats, among them America — the yacht for which the legendary America’s Cup is named. It was America’s first race under the ownership of the most colorful General Benjamin Franklin Butler of Ipswich, Mass. who had served as a top-ranking general through most of the Civil War. Butler captained the yacht to victory in the Regatta’s second year on August 2, 1875. Reports indicate that he had stiff competition from the Resolute, under the command of Rufus Hatch, which crossed the finish line first but behind the time allowance of America.

Hotels on both Appledore and Star Islands were booked to capacity for the event—John Poor’s “sweepstakes race for the Oceanic Cup.” The New York Times reported that special trains and excursion steamers brought thousands to the region to watch. In their historical overview, “The Isles of Shoals Regattas,” Lois Williams and Sarah O’Connor wrote that Poor offered a “large solid silver punch bowl” as the prize. They reported that after his victory “General Butler sailed across to Bay View in triumph with the silver punch bowl on the America’s cabin table.”

Be sure to check out the 7th Annual Gosport Regatta
September 24, 2016! 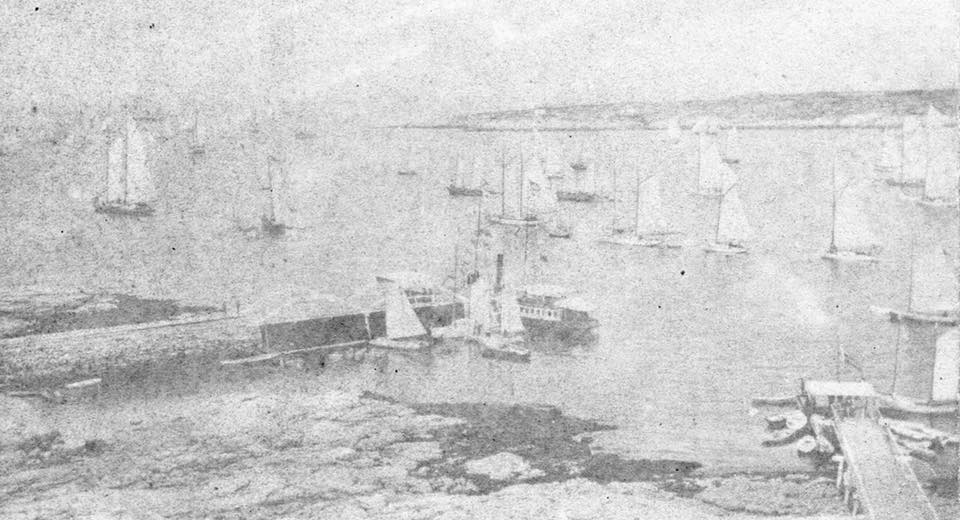