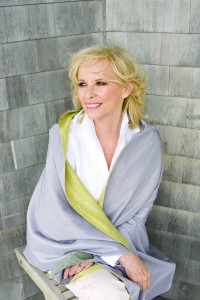 Celebrated author Anita Shreve said she feels that she owes the Isles of Shoals her allegiance, because 15 years after the publication of her best-selling novel “The Weight of Water,” which is set there, the islands still resonate with her.

“The place itself was such a profound character in the novel,” she said. “I can’t just take from the place. I have to give back. Whenever I’m asked, I will come.”

It is for this reason that she will be coming to Star Island, a featured author at the Star Island Literary Festival taking place Aug. 26-31. Themed “Literally: An Island,” the festival will bring together many authors who have written about islands, such as Shreve.

“The Weight of Water,” published in 1997, chronicles two stories: One of a photographer assigned to take photos of nearby Smuttynose Island and the other of the lives and terrible secrets that lead to the murder of two women on the island in 1873. Shreve’s fictional account is based on the true story of the so-called “Smuttynose Murders,” which remain among the most-known crimes in Seacoast New Hampshire even today.

Two women, sisters-in-law Karen and Anethe Christensen, were murdered in March, 1873, while a third woman, Maren Hontvet, was later found alive hovering behind a rock. She identified local fisherman Louis Wagner as the murderer. According to testimony at his trial, he rowed 26 miles, “with the tide against him, and then found himself in Boston the next day. That just didn’t add up for me,” Shreve said.

In the novel, Shreve imagines another scenario for the murder, which keeps readers turning the page until the end to find out what happens.

Shreve will be coming to Star Island to share her experience of writing the book. Although she has written more than a dozen books since, she said feels a special gratitude for “The Weight of Water.”

“I’m not talking necessarily about gratitude to the people in the book, but they were so inspiring, and they did inspire a novel that did well and was well respected,” she said.

As with her photographer character Jean, she was on a sailboat when she first saw the Isles of Shoals. “We were lost in the fog, and in that dramatic way that fog lifts, all of a sudden there they were.”

While she visited Smuttynose in the summer, “you could easily feel that this could be one of the loneliest places on Earth. The rugged contours of the island seemed to be of a piece with the characters who lived there. They were dug in, and, astonishingly, lived there in the winter — no insulation, no central heat. It was very, very beautiful, but very harsh.”

Shreve said she read the pamphlets about the murders, “like everyone does,” and at the time wrote six pages of a short story. That could have been that, she said, but when in 1995 former football star O.J. Simpson was acquitted of the murder of his wife and her friend, “I said, ‘Oh, I’m not done yet.’ It was such a miscarriage of justice.”

So inspired was she by the islands that she said she didn’t want to leave the area –fictionally speaking, that is. A number of her next novels were set in the same fictional house in Rye, N.H., including her equally popular book, “The Pilot’s Wife.”

“It really was the weight of water. I had to set the next novel in the state of New Hampshire, and then it became really a theme,” she said.

While at Star Island, she said she will talk with conference-goers about “The Weight of Water,” what inspired her to write it and “how it came into being – how the place spoke to me and haunted me for really quite a while; how necessary it was for me to write the book.”

“The Star Island community is excited to welcome back Anita Shreve to the Isles of Shoals and we are honored that Anita will join the first Star Island Literary Festival,” Star Island Chief Executive Officer Vicky Hardy said. “Her appearance allows us to celebrate a great modern author in a place historically known for inspiring writers like Nathaniel Hawthorne and Celia Thaxter.”

The Star Island Literary Festival is being held for the first time this summer. In addition to Shreve, Portsmouth author Katherine Towler will discuss her trilogy of novels about the fictional Snow Island off the coast of Rhode Island.

Also attending will be author Corwin Ericson, who’s novel, “Swell” is about the fictional island of Bismuth and draws on the traditions of Neil Gaiman, Thomas Pynchon and Christopher Moore.

There is still time to register for the Literary Festival. To register, please contact Michael Bray at mbray@starisland.org. More information is available at starisland.org/litfest.