At 22, with no island heritage to speak of, I became a Shoaler. 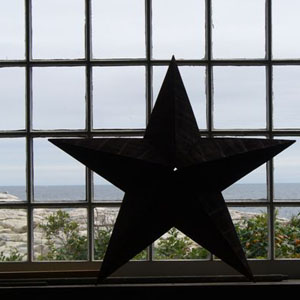 I grew up in Salem, Massachusetts, but had never known of the Isles of Shoals. It was after my cousin and father took a day trip to the Isles of Shoals that I first heard of this beautiful area hidden in quite plain sight (at least on clear days). My father and cousin spent the breezy afternoon in Gosport Harbor feeding seals and wondering at the bustling microcosm of a town just off the stern.

My father’s descriptions got me so interested that, a couple weeks later, I made the same trip up to the Isles with him and my sister.

Although I was a stranger to those there, I found that Star Island’s natural beauty and the energy exuded by the people who walked its paths filled me with a sort of vigor that strengthened with each breath and each step. The sounds – and incredible absence of sounds – both filled my mind and emptied it at the same time.

We wandered around the perimeter on the rocks, where we had a quick picnic lunch, caught some poison ivy, fled some mother seagulls, and then found our way into the stone village. Here, out of the din of the waves smashing on the rocks, conversation and music emanated from the quaint yet beautifully-constructed buildings and the zenith-sited chapel. 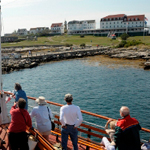 For the next two years, the three of us chose a summer day, as well as a couple of back-up days in the event of fog or rain, to trek up to Star Island. Each time, the magnetic pull of the island became stronger. The paradoxes inherent in its existence – strength and vulnerability, community and isolation, peace and franticness – intensified in my mind and body with each trip. I wanted to, had to, become a part of this community.

My sister and attended Star Arts in 2005 – her, to paint, and me, to write – and we have returned nearly every year since. However, just as one day was not enough of an island fix, after years, one week no longer sufficed for me. That elusive, paradoxical, magical rejuvenation on spiritual, creative and mental levels was something that I craved more and more of throughout the year. I longed to learn everything there is to know about the inner workings of Star Island, thinking that with more knowledge I would be able to finally put my finger on what exactly it is about that place that conjures and reveals you at your absolute best.

In 2013, I was blessed to be hired as a manager for the Shops on Star, and I got to spend the summer fully entrenched in a distinctive type of Star Island experience and community. Although markedly different from a guest experience, from the first day at this summer home, I felt the familiar energy that Star Island imbues – but I saw it now radiating in those who work there. The love and dedication that the senior Pel staff had for Star Island emanated in everything that they did, and it spread through the ranks of rookies and veterans alike, and then on to conferees and day guests. Nowhere else have I seen people work so tirelessly and with such patience and joy. 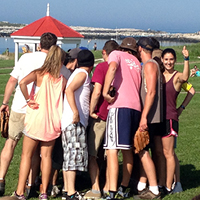 While working, I spent my days greeting people from all over the country and, as the conference season passed along, discovering the traits that all Shoalers share – including honesty, compassion, spirituality, and generosity. As the paradoxes of the island unfolded and revealed more questions than answers, I savored the opportunity to learn and unfold myself.

The summer passed with incredible haste, but has imprinted me with a sense of music, peace and beauty that I can call upon any time. What a privilege it is for all of us to call Star Island a home. It could be that being so assuredly able to call this beautiful place “home” is the evocative force that reveals our best possible selves.