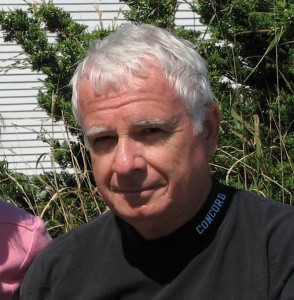 On Monday, December 14, Star Island drew Jeffrey Spoor’s name from among over 70 entries in the non-profit’s third annual Veterans Raffle. Spoor, a Navy and Army National Guard veteran, wins a free week-long stay on Star Island during the 2016 summer.

“What veterans give to our community, including Mr. Spoor, can never be truly repaid,” said Star Island CEO Joe Watts. “But we hope our bit of appreciation through this raffle provides a meaningful experience to last a lifetime.”

Now in its third year, the Star Island Veterans Raffle included entries from across the country. Spoor will choose between one of several summer conferences to attend including the International Affairs Conference which focuses on education systems around the world and the various perspectives and cultural differences that influence how people learn here and abroad.

Spoor has visited Star Island and attended the Star Arts and NH Society of Photograph Artists Retreat for many years. He said after learning he won: “The worse part of coming to Star Island is having to leave and go back to the mainland.”

Past winners include Thomas McNaugher of McLean, VA; Brian Morrow of Addison, IL; and Melissa Bailey of San Antonio, TX.

Star Island is one of the Isles of Shoals about an hour’s boat ride off the New Hampshire coast. Since 1897, people have gathered on Star for multi-generational conferences and programs that aim to understand the world as it might ideally be. Consistent with the principles of the Unitarian Universalist Association and the United Church of Christ, the non-profit Star Island provides a spiritual retreat location where all are welcome.