One of our favorite things about Star Island is that folks come out to Star in many different capacities, have personally unique experiences and stay for possibly entirely different reasons than when they first arrived. Each summer is filled to the brim with memories, conversations and connections that last a lifetime, and we are so grateful to foster the type of environment where these connections grow and flourish. Below is the story of one dedicated, long time Shoaler, Diane Parsons, whose Star history is not only deep and meaningful, but has helped make her into the person she is today!

“It amazes me that a simple day trip in 1975 has led to all of this. I feel that Star has given me much more than I have been able to give back. Yes, I do give my time, treasure and talent, but how do you repay an organization that helped you to become an adult?”

My teenage years were spent in the Lake Sunapee region of New Hampshire in the early 1970’s. At that time it was easy to get a seasonal job, which for anyone of the female gender meant babysitting, waiting on tables or chambermaid. By 1975, I had experience with all three. In 1975, my summer job was a bit different. In the mornings I was the hostess at a well-known restaurant in Sunapee Harbor. For dinner I was the Bun Girl. Yup! My one responsibility was to hand out their well known and loved sticky buns. Interesting, but not very challenging. That summer I visited my brother, Bruce, who was a Pelican for the first time. I was one of those people who didn’t know the Isle of Shoals even existed. Everything about that day was magic. I got to see my brother, I was introduced to Star and saw a little of the life of a Pelican. I was hooked. 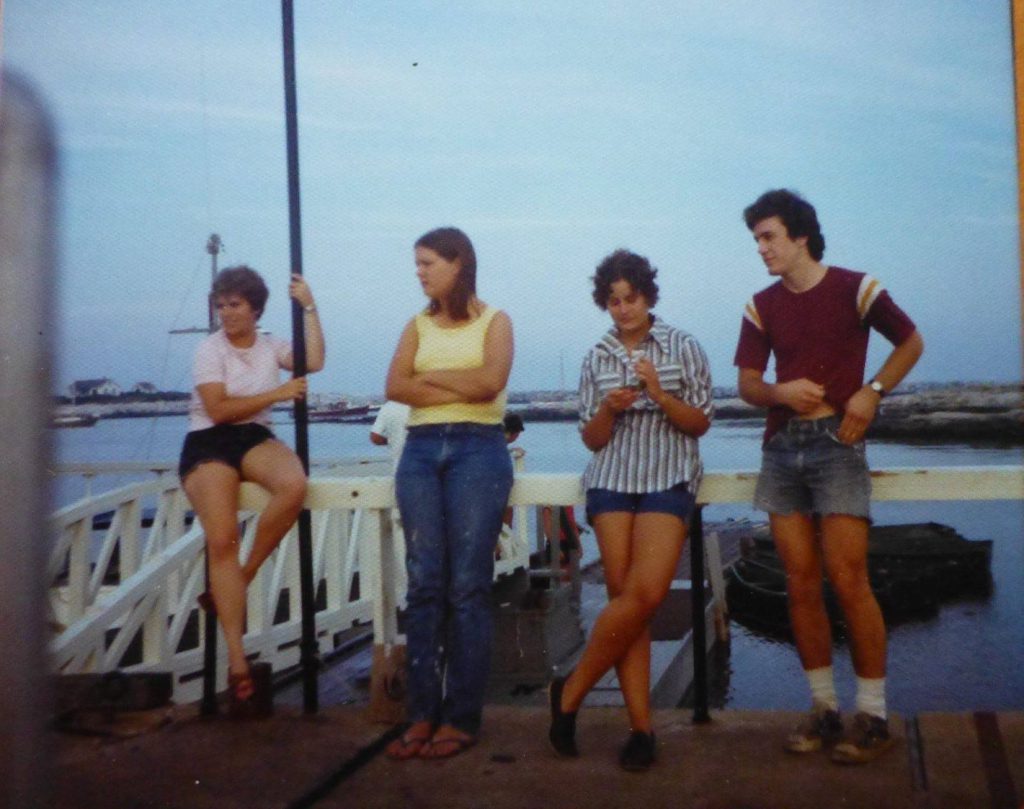 I applied to be a Pelican in 1976 and received a contract to be on Waitrae, eventually being reassigned to Night Crew. Being a Pel in the late 1970’s meant that more opportunities for women were beginning to be available. Night Crew had been a crew of only men until 1976, when there were two of us women. Frankly, it was a tough summer. I cleaned all night long  and shared a room on the 3rd floor of Oceanic (where the women lived) with a member of Chamber. Getting sleep was a challenge, except that a friend living in the Shack (where the men lived) let me sneak over to sleep in his room. At that time, it was considered a ‘next boat’ offense if I had been caught. Since I continued to love the island, I applied for the next three summers. I was able to do laundry (which had been a male job because you drove the laundry truck which only males were allowed to do), paint crew (where I was the first woman) and then was Night Crew Supervisor. 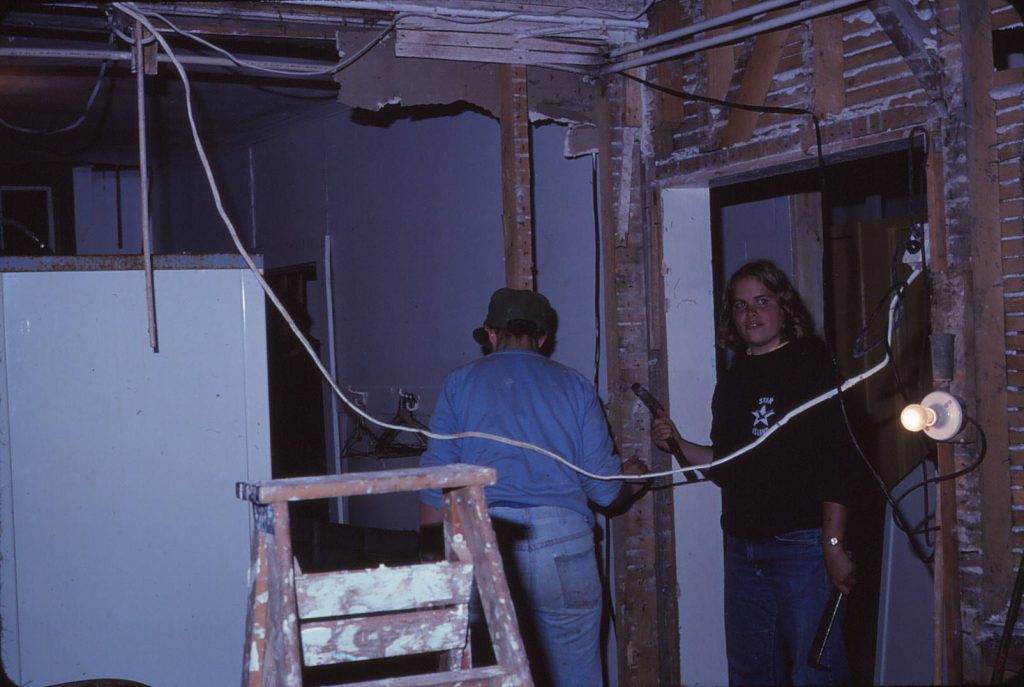 Sadly, I left the island because I had graduated from college and it was time to be an adult. For the next couple of summers I was able to visit my brother and then tried to day trip at least once a season. During that time I did attend Pel Reunion and started participating in volunteer weekends in May, but I was not really connected to the island.Over the years, I had different professional opportunities. One was as Technical Director at Colby-Sawyer College which left me with two months in the summer free. It seemed like a good time to return to Star. At 41 I wasn’t sure what it would be like, but I applied anyway. I was hired as the Bookstore Assistant, which was a great reintroduction. Working with books and getting to know the Pel community was a great opportunity. Turns out, it really doesn’t matter when you are a Pel, the experiences are similar. The following summer I returned but as a member of the senior staff. In the four years on the senior staff I supervised a lot of crews from Chamber, Front Desk, Lobby Store, Bookstore, Music Director, Conference Services, Life Guards, Rounders and I was the island Bookkeeper. 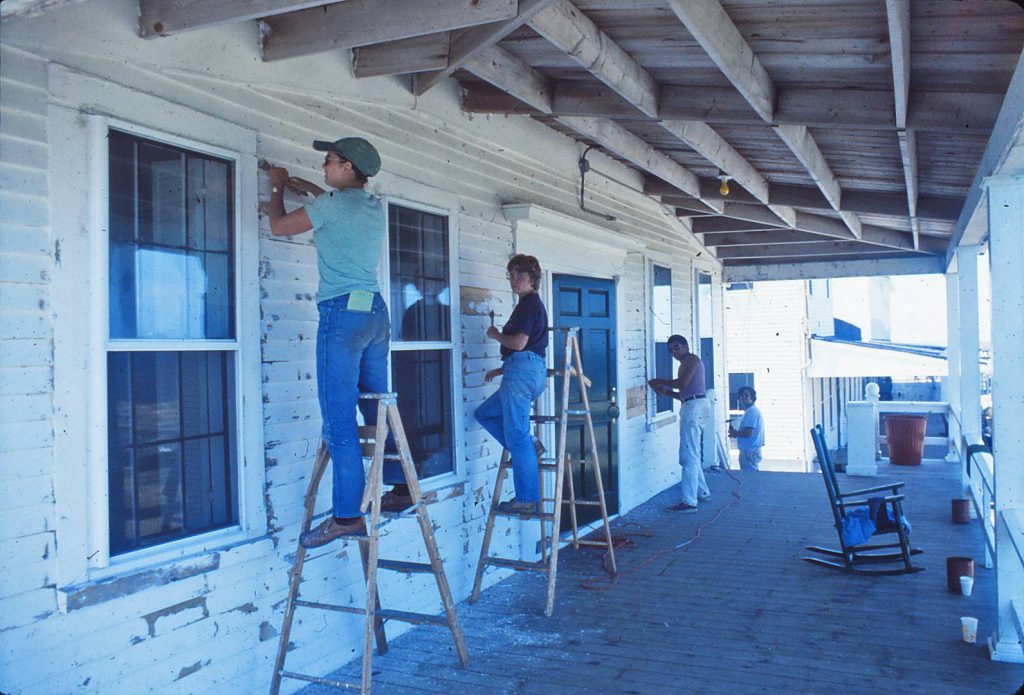 During the summer of 2001 I had to make the hard choice of again leaving the island. In 2000 I had an early mid-life crisis and quit my job at Colby-Sawyer which meant giving up health insurance. I had to find a job that would provide benefits. It wasn’t as easy to walk away from the island this time as it was in 1979, so I became a volunteer and a member of the Corporation.  I had the pleasure of volunteering on the Boynton Paint Crew and then joined the gardeners working with and learning from the amazing Pam Dorr. I also served on the Fund Development Committee, was co-chair of Pelican Reunion in 2015 with my friend Miriam Coe, and continue to serve on the Star Island Member Committee and the Pelican Reunion Steering Committee as the Chair of the Scholarship Committee. In 2014, I took over the coordination and care of the perennial gardens. In this capacity I gather a group of very hearty gardeners who bust out over Memorial Day weekend, regardless of the weather. 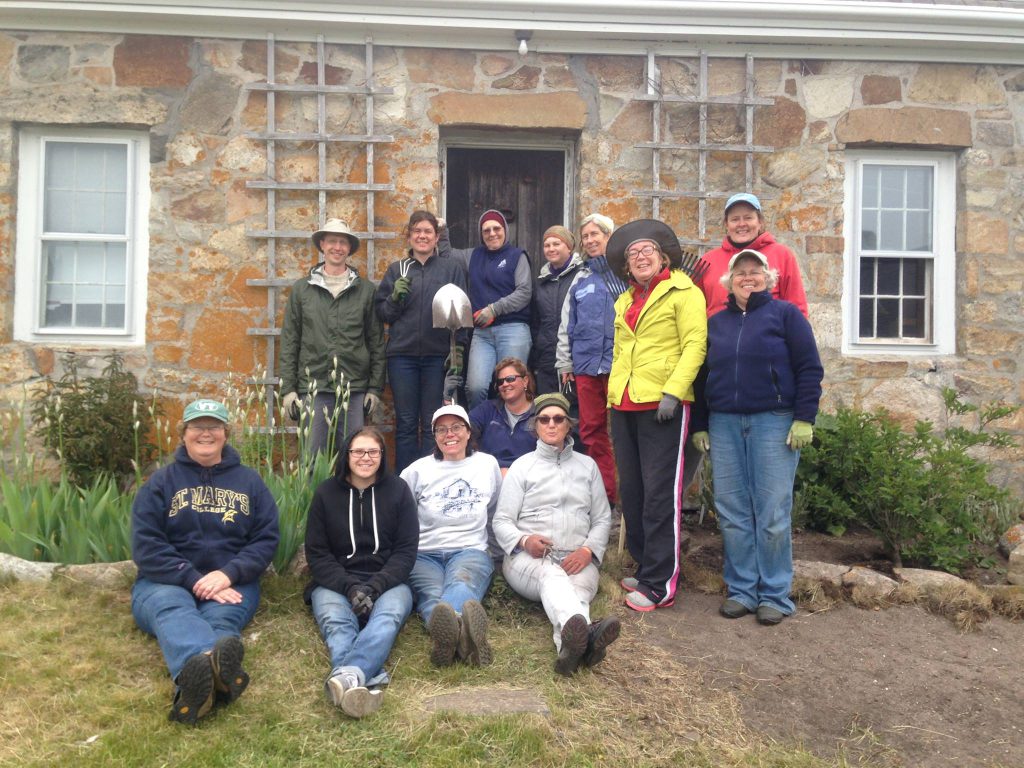 It amazes me that a simple day trip in 1975 has led to all of this. I feel that Star has given me much more than I have been able to give back. Yes, I do give my time, treasure and talent, but how do you repay an organization that helped you to become an adult? An organization that taught you how to unclog and bucket flush a toilet, strip wallpaper, paint, garden, leadership skills and given you friendships that have lasted 40+ years? 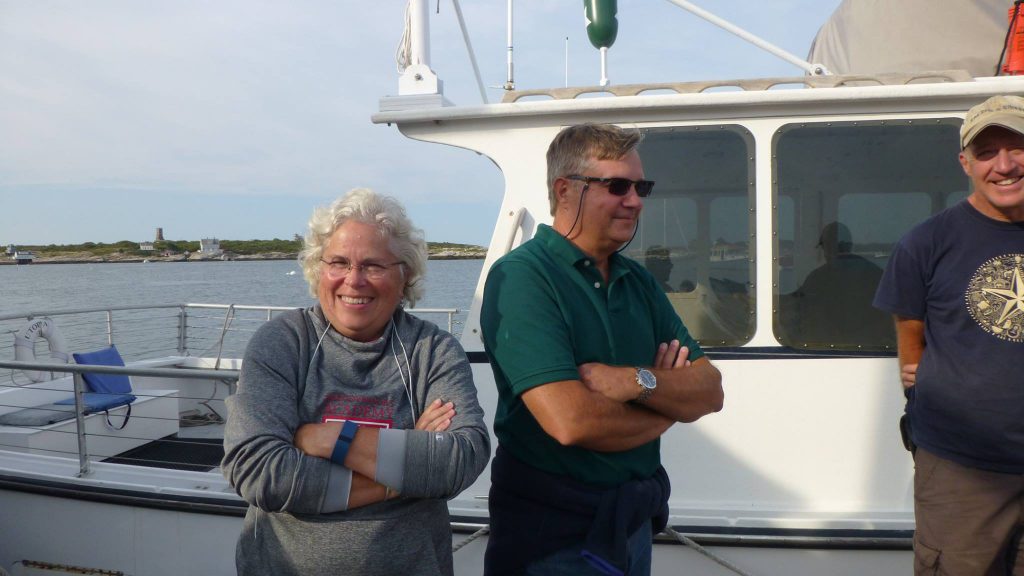